Sorry! You missed A Bronx Tale at Curtis Phillips Center For The Performing Arts

Unfortunately, we don't have any information about upcoming performances of this show. Maybe we can interest you with something similar from the options below... 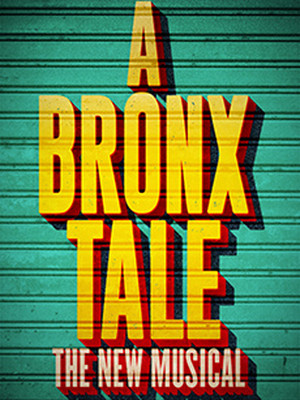 The kind of tale that makes you laugh and cry!

Alert me on return

Why See A Bronx Tale?

Two time Academy Award winner Robert De Niro and four-time Tony Award winner Jarry Zaks bring their incredible New York musical to cities across America. A Bronx Tale takes place in the early 1960s and follows the story of a young man caught between the father he loves and the mob boss he'd love to be.

The story is based on Chaz Palminteri's critically acclaimed solo play which inspired the now classic film that De Niro adapted.

Transporting You To The 1960s

The swinging music comes from the tremendous Oscar, Grammy, and Tony Award-winning composer Alan Menken, who has scored many of Disney's iconic classics, including Beauty and The Beast, Tangled and Aladdin. Tony nominee Glen Slater wrote the lyrics, and together they bring this tale to life.

What is A Bronx Tale About?

There's only one man who rules the bustling Italian-American neighbourhood of the Bronx - mob boss Sonny. When young Calogero's path unexpectedly meets Sonny's, and he witnesses Sonny carrying out a hit, Italian loyalty means Calogero refuses to name Sonny to the cops. Impressed with the Calogero's spirit, Sonny takes the young man under his wing and as he heads deeper into the world of a mobster, his father must try and wrestle him away from a life of crime before his son wastes his talent.

Recommended for ages 12+ due to strong language and gunshot effects. Please note, children under the age of four are not permitted in the theatre.

And before you stop reading

All images are from the Broadway Production and are not images from the upcoming tour.

This is not just any old tale, this is A Bronx Tale, and it is wonderful!

Chazz Palminteri, you know that guy - he's been in over 55 movies, he's friends with Robert De Niro, taken a stab at directing some top TV shows. Yes Chazz - the guy who looks like a God Father replica but you'd still want to hang out with him all day an

The show was fun, funny and the story was great. The Actors kept me engaged... more

Every aspect of this production was just outstanding Loved every second... more

Read all reviews Write a review

Sound good to you? Share this page on social media and let your friends know about A Bronx Tale at Curtis Phillips Center For The Performing Arts.